St. Benedict was born in Nursia in the year 480. Son of a noble and Christian family, is sent to Rome to complete his studies.

Disappointed with the city lifestyle, moves to the region of Subiaco, where was devoted to reflection by three years. After goes to Montecassino, where he founded a monastery, from where irradiate other monasteries. He wrote a rule for monks which later gave rise to various experiences as the Cluny Order, Cistercian, Camáldulos, Valombrosanos, etc. This rule was followed in the Iberian Peninsula also by the Military Order of Christ and of Avis. The rule that St. Benedict wrote, can be said that is shaped in the famous words “Ora et Labora” – Pray and Work. After a life dedicated to God and to others, prodigy and miracles, died on 21 March 547.

Proclaimed as “Father and Patron of Europe” and patriarch of the Western Monks, attracts thousands of pilgrims to shrine which is revered. Your image characterized by the figure of the Crow, brings us to one of the episodes of his life, the poisoned bread, which was offered as a gift by Florencio, his disciple, and that the Saint knew to be poisoned. So he sent the Crow, which usually appeared there, take him away, so no one could find it. We often find the images of St. Benedict with the episcopal attributes (mitre, crosier, pectoral cross and ring) despite never having been Bishop. These badges appear belatedly attributed to Abbots Benedictines and Cistercians. 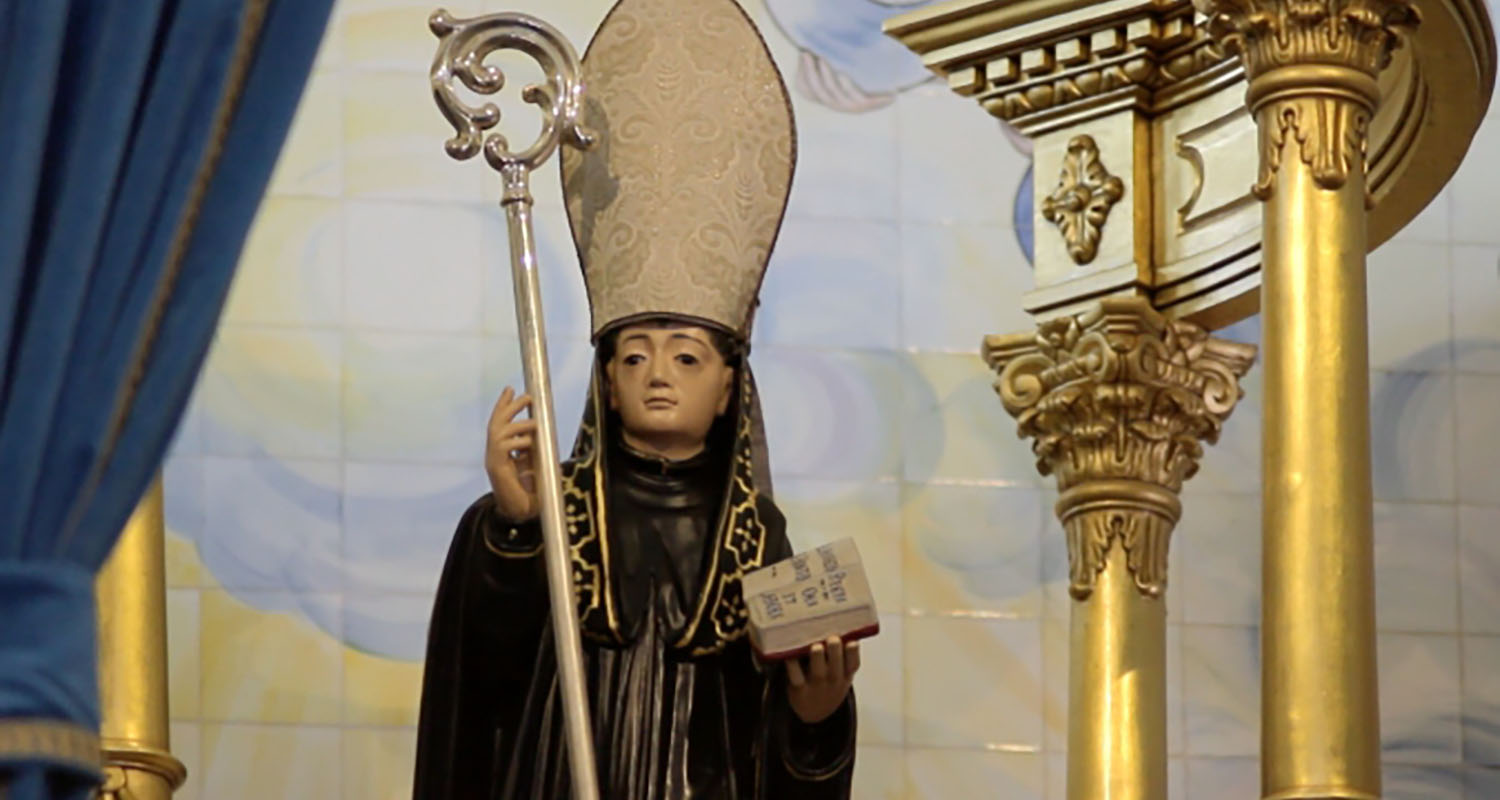