The crypt of S. Bento da Porta Aberta in Terras de Bouro hosted yesterday the celebration of the Eucharist and pilgrimage of St. Benedict, under the “Transit” or death of St. Benedict.
In his homily, the Archbishop of Braga considered that the founder of the Benedictines should be a “stimulus” for Christians and called for community living, combating isolation and respect
by nature, the “Common House”.
In a festive ceremony, D. Jorge Ortiga relied on the example of the life of St. Benedict and the reading of the Gospel, which speaks of Lazarus and the rich man and the dialogue between Father Abraham and the rich miser, after his death, in which asked that Lazarus be sent to convince the five brothers to convert. To which Abraham replied that if he did not listen to Moses and the prophets, he would also ignore a resurrected dead man.
Now for the Archbishop of Braga the first attitude of Christians must be listening. The saints, he says, should serve as an example, are the ones to be listened to. «To be devoted to St. Benedict is not
just ask for graces. Being devoted to St. Benedict goes through listening to the message he has for us today. ”
And the prelate listed three inspiring messages of St. Benedict. Listening and relationship with God; the relationship with the community, in the fight against isolation, welcoming the other, respecting their difference; and the relationship with nature, the common house that the founder of the Benedictines both cultivated.
D. Jorge recalled that St. Benedict first met God, where he cultivated hope, learning that happiness is not money, a good job. “It is good to get to the root of hope that is God. Without God, our future is bleak, it has no meaning. ” After being strengthened in intimacy with God, St. Benedict founded a religious community. “You are telling us that we should seek to live in community. Be it our family, the parish or the diocese. As we say in the Pastoral Program, we need to weave communities. We are all called to weave communities, not allow people to isolate themselves or let us isolate ourselves as well. Helping to integrate others, respecting differences “.
Being in the time of Lent, the Archbishop reinforced the idea of pruning. This is a time to get rid of everything that is not good and that prevents us from bearing fruit abundant and tasty.
The third message connects World Forest Day, which was celebrated yesterday. D. Jorge recalled that all the communities founded by S. Bento had fields
around, in a symbology to work. “You have to respect nature and end certain attitudes. Let us take care of nature, which is our common home. ”

After the mass, the prayer of the shrines was prayed and the procession of the Blessed Sacrament was followed to the church, giving a full turn before entering.
In addition to the devotees, the presence of Terras de Bouro’s mayor, Manuel Tibo, as well as the whole of his vereation is particularly noteworthy.

An underline for the presence of the Firemen of Lands of Bouro, that transported the pallium.
The ceremonies were solemnized by the Choral Group of the Senior University of Vieira do Minho. 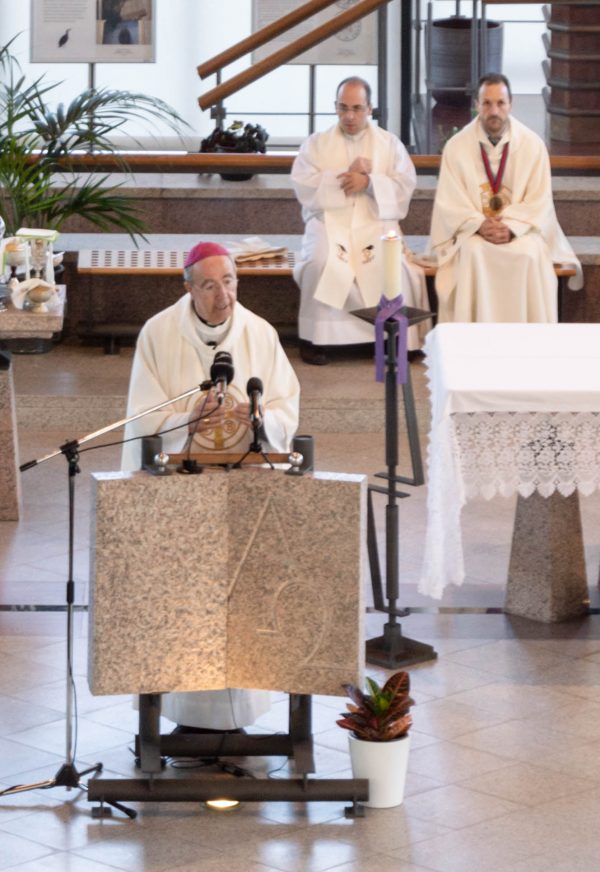 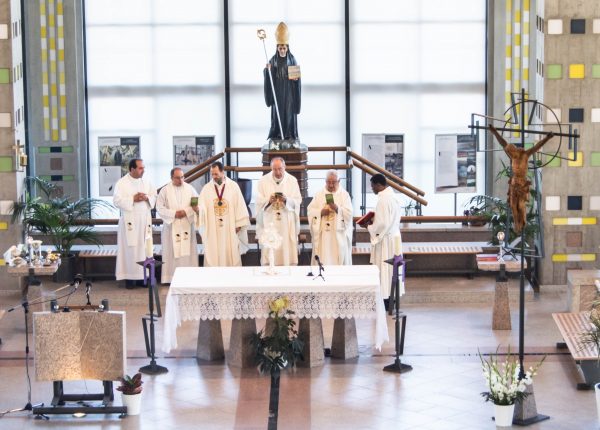 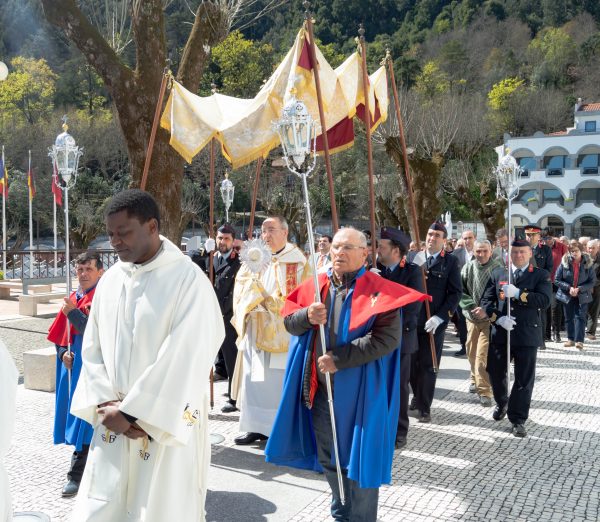